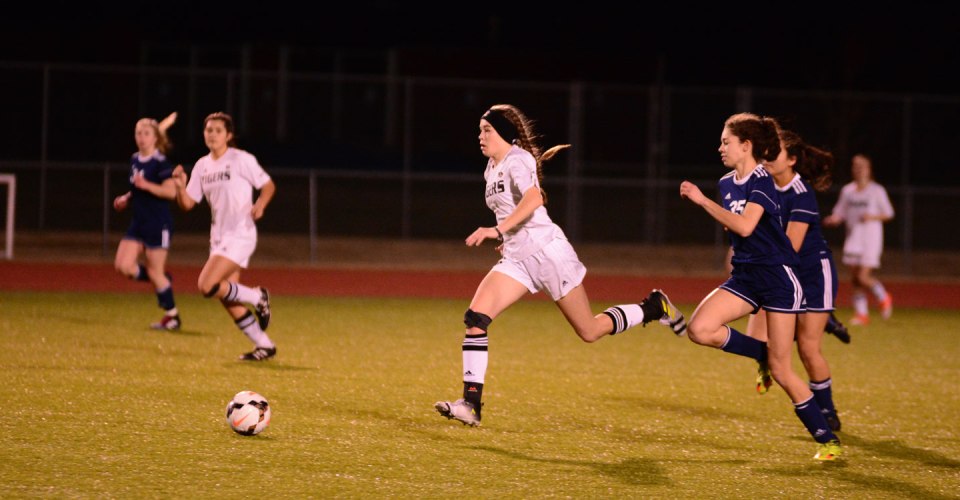 Soccer – A Season In Review 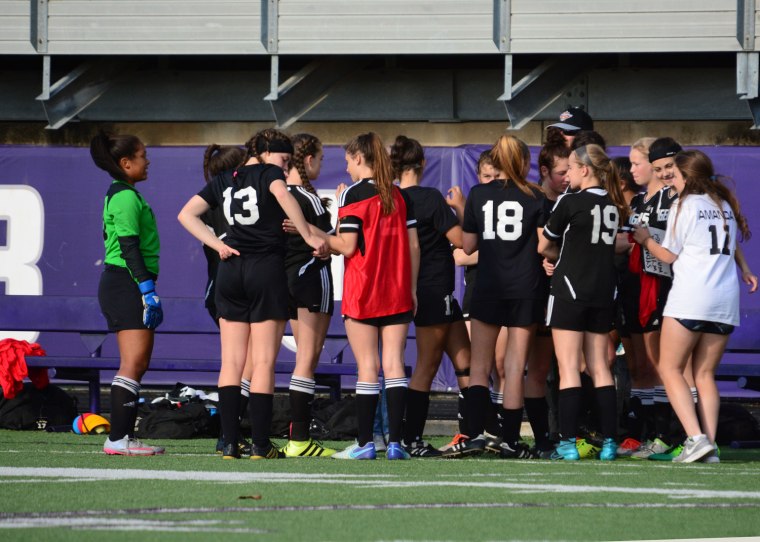 Junior Varsity soccer season has come to an end, so I thought I would post a “Season in Review” of our youngest grand daughter’s exploits. She is a sophomore in high school and plays center forward and both wings on the team. Those positions have given her the opportunity to score several goals this season. One thing about soccer here, it doesn’t have huge fan support, so getting close to the action to photograph the matches is not a problem. 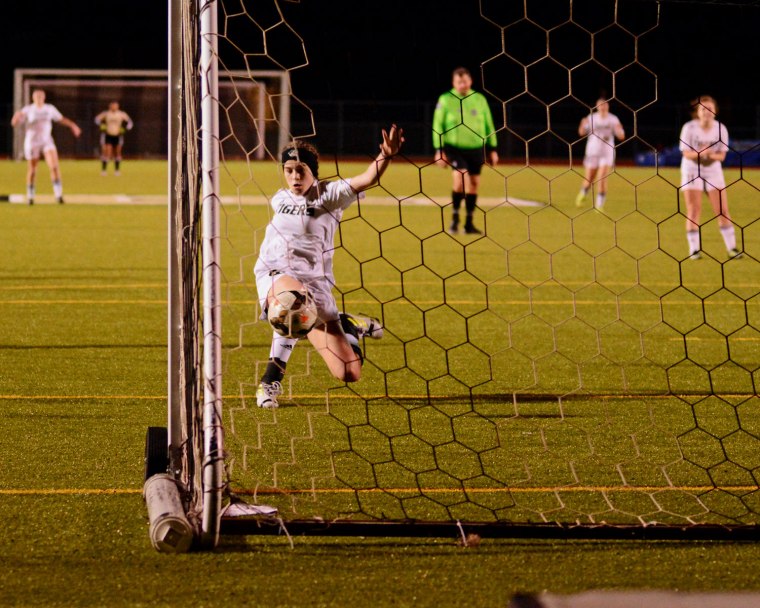 Like I said, playing center forward has given her the opportunity to score this season and she has taken advantage of it. Here, she beats the goal keeper to the corner of the net and scores. 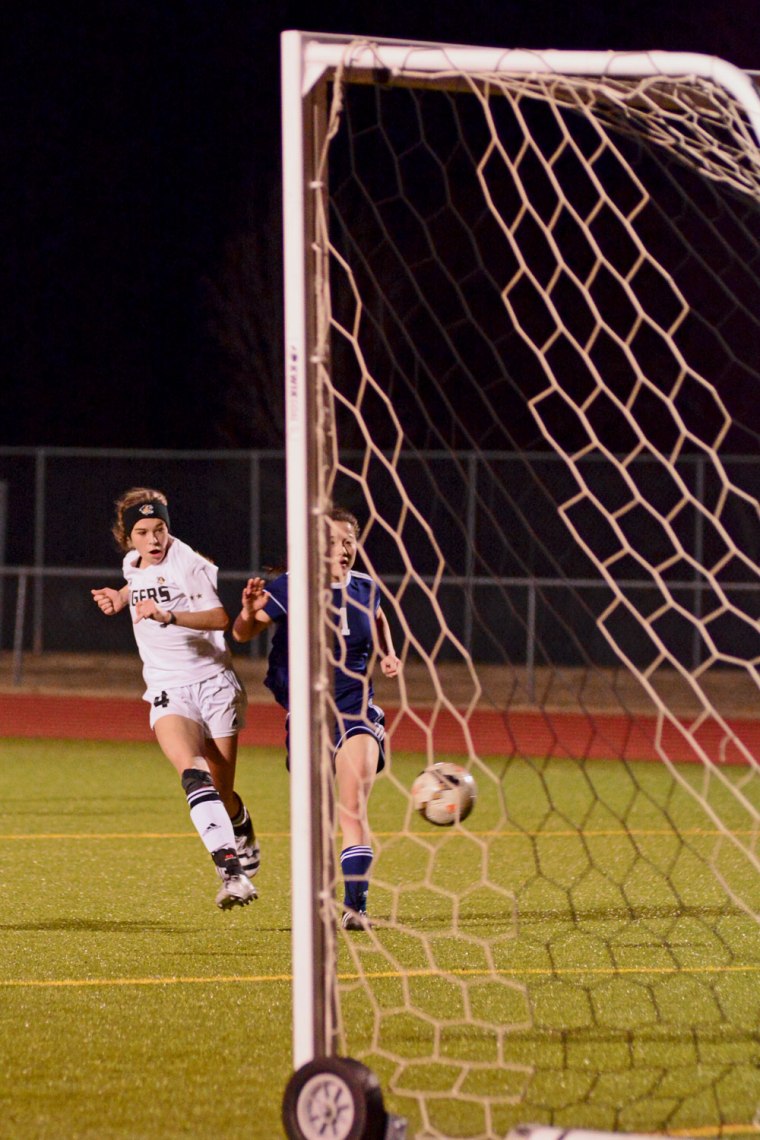 A little later in the same match she  gets one step ahead of the defense and slaps the ball in to the corner of the net again. The final score in this match was 2-0, so she did all of the scoring. 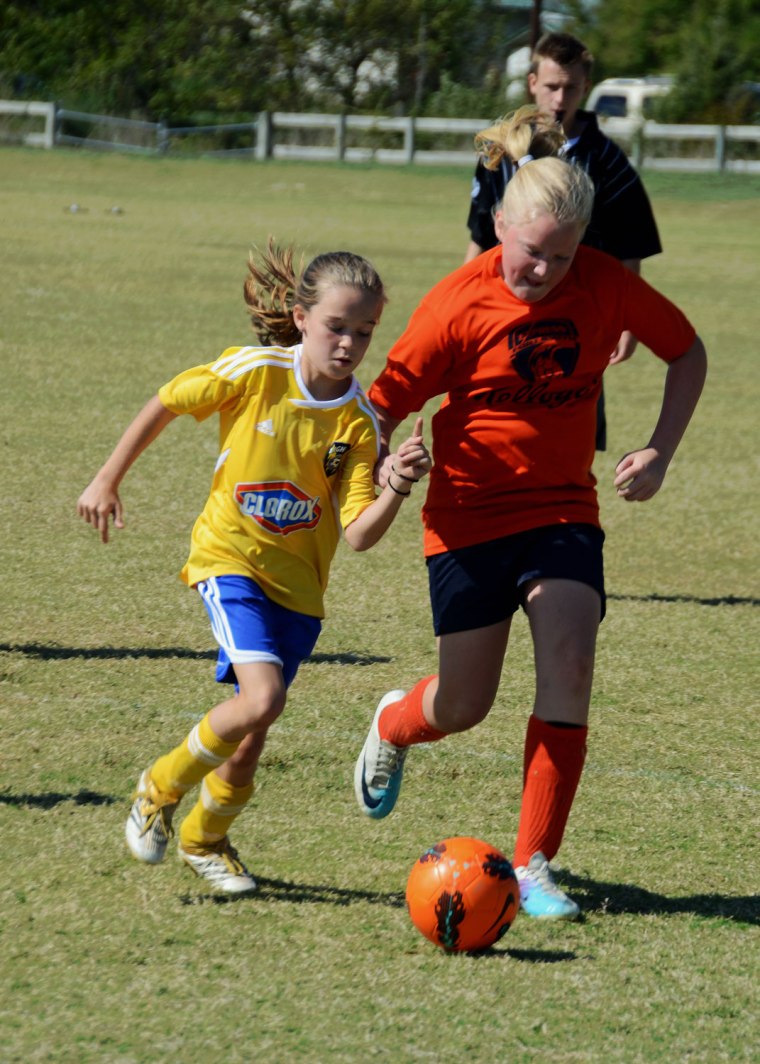 A flashback to 2010 shows that our grand daughter, in yellow,  has never let being out-sized keep her from competing for control of the ball. 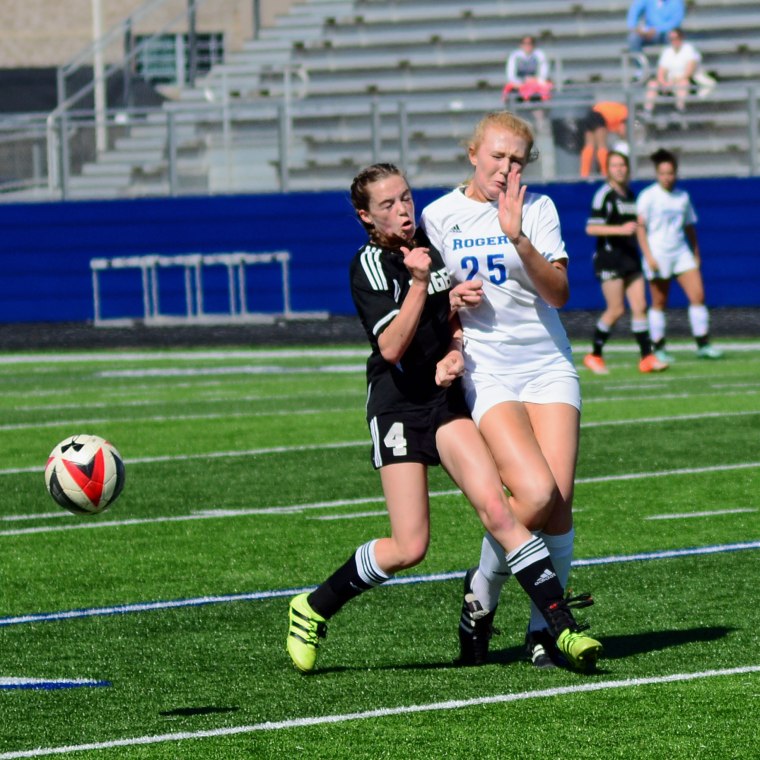 It’s also never kept her from engaging in a little contact, which is all a apart of the game at this age. 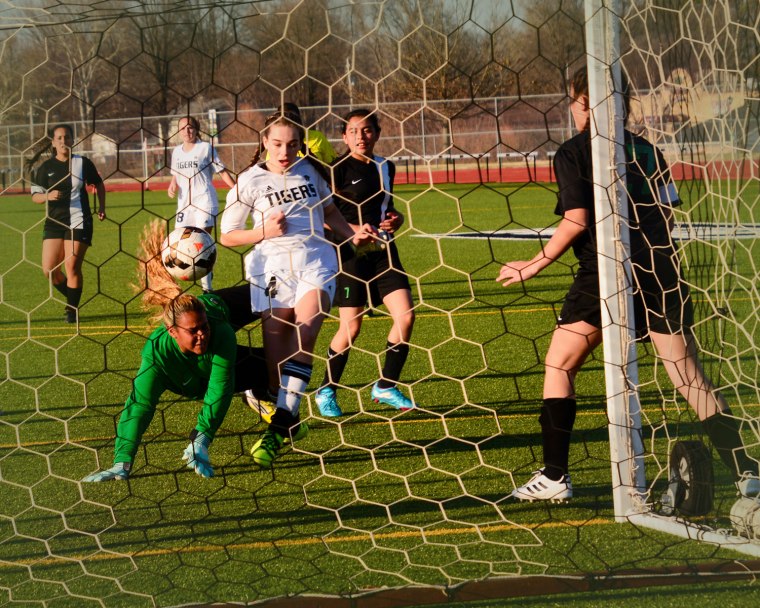 Finesse is not her strong quality on the field, but getting the ball in the net is, even if that means going through the goal keeper. 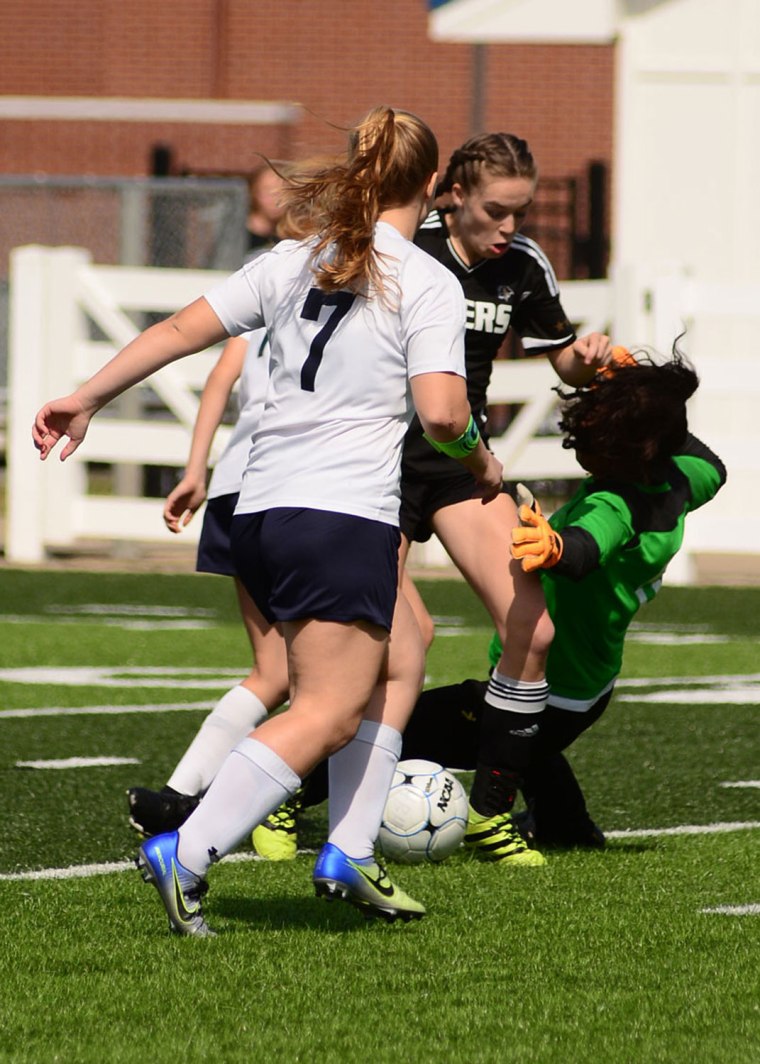 Concentrating on the ball seems to be more important than worrying about the crowd around her. 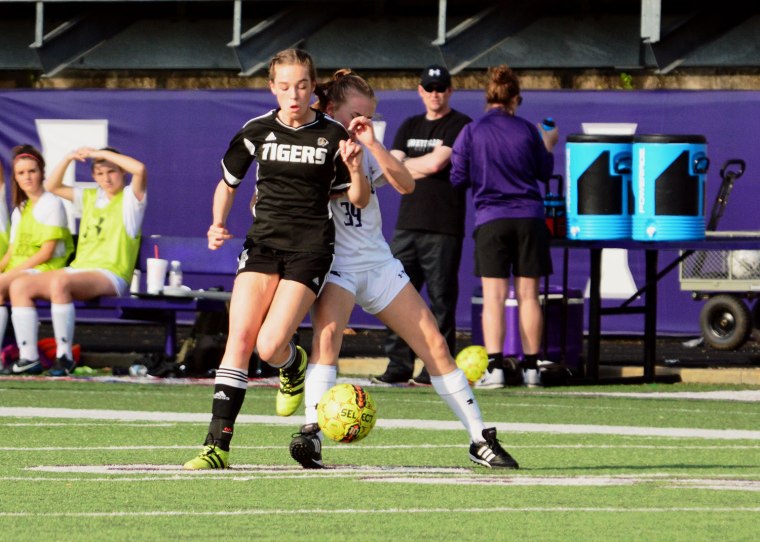 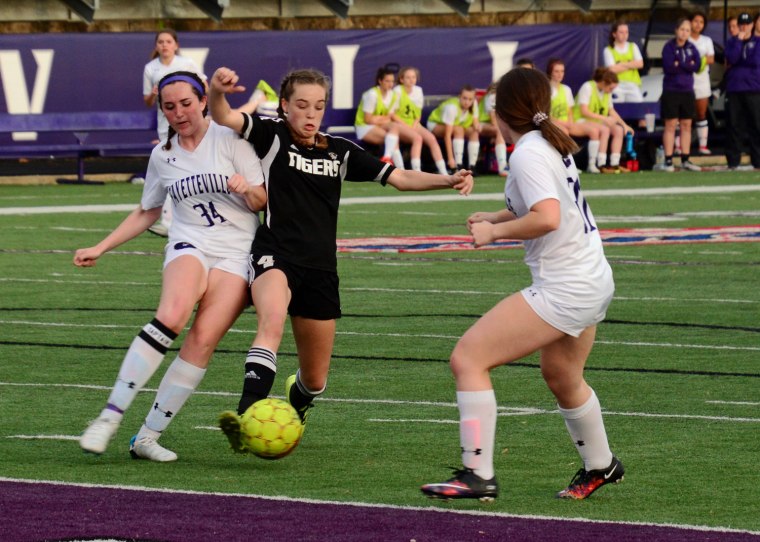 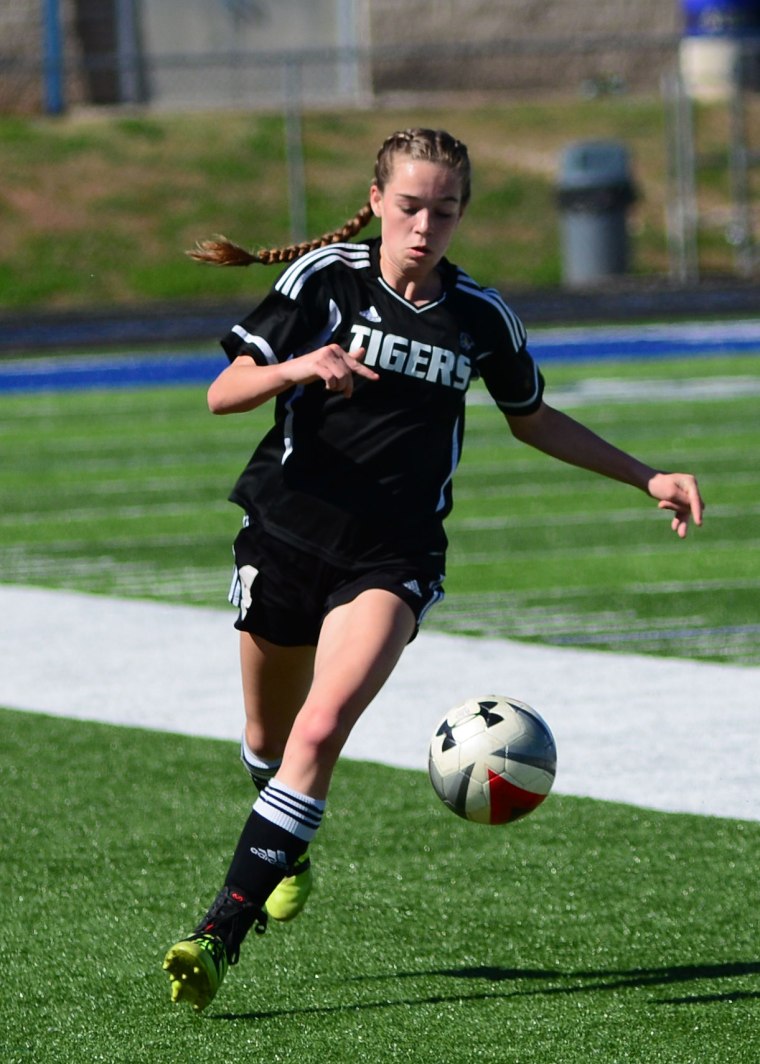 Footnote; As a dual spring sport athlete the grand daughter won the conference high jump championship, in track, a couple of weeks ago that you can read about in an earlier post. Last Thursday she finished second in the state meet. 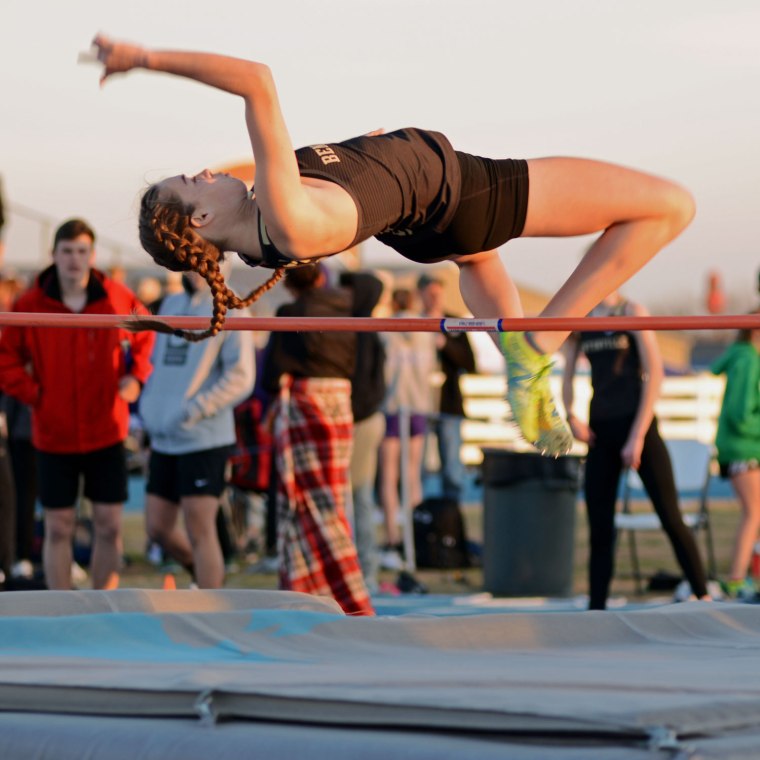 Both boys and girls track teams won state championship trophies this season, so she will get a ring. It’s been Awe…some!!!