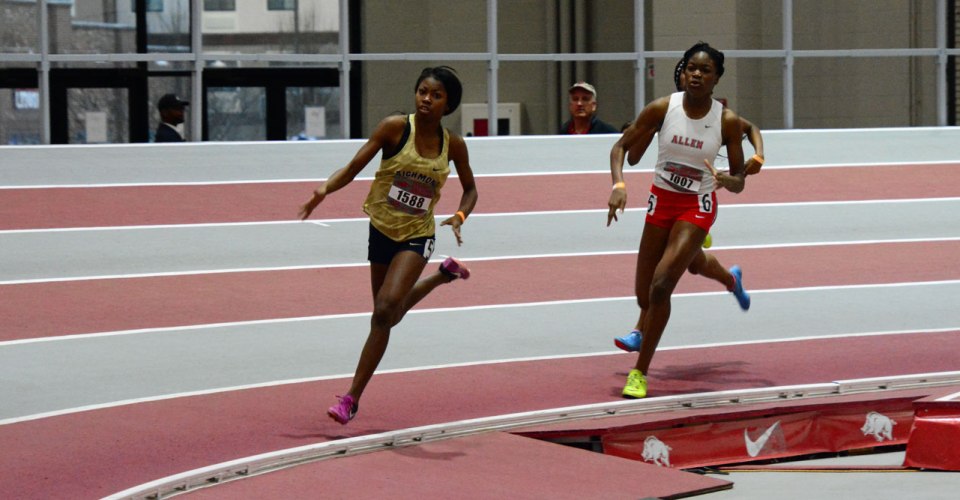 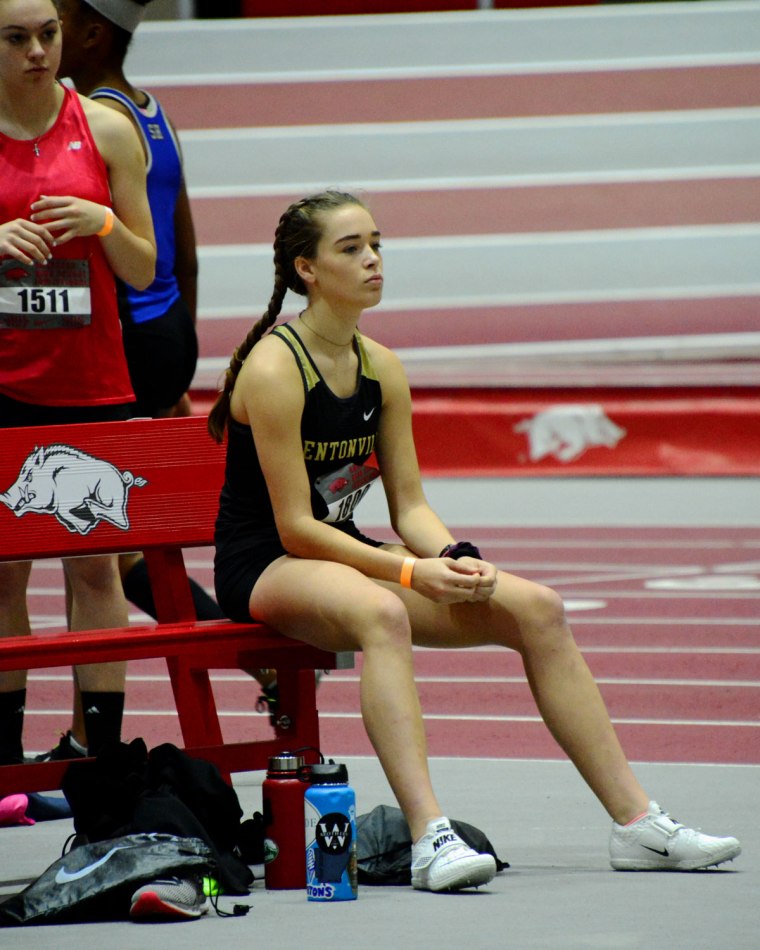 It’s indoor track season!!! The youngest grand daughter, seen here, is lost in her thoughts preparing for her first high jump competition of the season. I love watching and photographing high school sports, so indoor track season is the beginning of my winter/spring photo activities. Here’s is hoping for a great season ahead for this young lady.

Last week the theme was Elvis and music by other artists of his era. I chose only one Elvis song done by another artist. This week is your choice, so I think I’ll stay in the fifties and recall a couple of artists that I liked during my late pre-teen years. My music tastes have always included songs just outside the mainstream.  The first album I ever bought was Ray Charles, “What’d I Say”. I followed that purchase with his classic album, “Modern Sounds in Country & Western Music”. Here is the title song from “What’d I Say”.

I was also a fan of the Everly Brothers. This duo put out some classic sounds and their harmonies are priceless. “Wake Up Little Susie” tells about a date that lasts a little too long. Simple tunes for simpler times.

While Elvis may have been “The King”, there was another hearthrob that could be seen every week on the Ozzie & Harriet situation comedy television show. For several seasons their youngest son, Ricky Nelson ended almost every episode with a song. Here is one of his biggest hits from the era.

That wraps it up for a glimpse into the past. see you next week.